Hollywood celebrities Lady Gaga, Ava DuVernay, Cynthia Nixon and Chris Evans came together to raise their voice against the near-total abortion ban bill, signed into legislation, calling it “unconstitutional” and an “attack on women’s fundamental rights”.

On Tuesday, Alabama’s Republican Governor Kay Ivey signed the most stringent abortion legislation in the nation, making performing an abortion a felony in nearly all cases.

The bill is under fire by people from all walks of the society — such as women’s rights activists and legal counsels on social media. Gaga called the passage of the bill a “travesty”.

“It is an outrage to ban abortion in Alabama, period, and all the more heinous that it excludes those who have been raped or are experiencing incest, non-consensual or not. “So there’s a higher penalty for doctors who perform these operations than for most rapists? This is a travesty, and I pray for all these women and young girls who suffer at the hands of this system,” the Grammy winner wrote on Twitter.

DuVernay urged people to take the decision seriously rather than moving on with their lives.

“Don’t shake your head at Alabama and then keep going about your day. Realize that this is a warning. It’s Alabama and abortion today. It’s you and your rights tomorrow. Your silence will not save you. So speak up,” she said.

Busy Phillips started a hashtag #YouKnowMe which prompted thousands of women to share their abortion stories. “1 in 4 women have had an abortion. Many people think they don’t know someone who has, but #youknowme. So let’s do this: if you are also the 1 in 4, let’s share it and start to end the shame. Use #youknowme and share your truth,” Philipps wrote, admitting she too has had an abortion.

Nixon, who ran for the office of New York governor last year, shared almost 60 years ago, her mother had an illegal abortion. “It was too harrowing for her to discuss, but she made sure I knew it had happened. In 2010, my wife had a legal abortion after we found out her pregnancy was not viable. We cannot and will not go back. #YouKnowMe #YouKnowUs,” she tweeted.

“If you’re not worried about Roe v. Wade, you’re not paying attention. This is why voting matters!” Evans tweeted, in a reference to the sponsors’ intent to challenge the 1973 law at the US Supreme Court.

Roe v Wade provides a fundamental “right to privacy” that protects a pregnant woman’s liberty to choose whether or not to have an abortion, while also ruling that this right is not absolute and must be balanced against the government’s interests in protecting women’s health and protecting prenatal life.

Reese Witherspoon said she is “beyond upset” about the passing of new abortion bans in Alabama, Kentucky, Mississippi, Georgia, and Ohio.

“This is Unconstitutional and Abhorrent. We can not tolerate this attack on women’s fundamental rights,” she added.

Jameela Jamil said ban on abortions will lead to chaos. “Hope the people of Alabama who want the abortion ban are up for donating their money and space to the MEGA influx of kids in need of care, coming your way. Also the poverty in Alabama will SHOOT up. Extra Welfare will be needed,” the actor-activist said.

Sarah Silverman posted a sarcasm dripping tweet, “27 white males just decided what Alabama women can and can’t do with their own bodies and lives. (Males cause 100% of unwanted pregnancies).” Rose McGowan urged the Alabama government to “not betray women”. “You are one of the poorest states in the nation. You will be responsible for deaths of living women and girls who cannot escape your state. I urge you @GovernorKayIvey to stand against the bullying men in your party,” McGowan said. 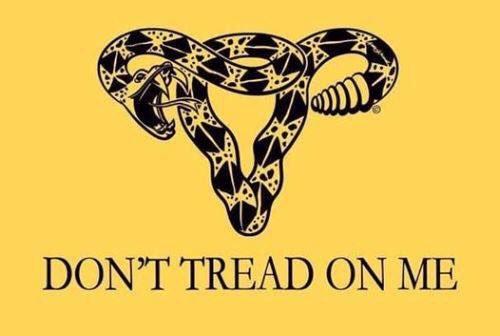 Host Andy Cohen said there is “a cold place in hell for the Alabama Senate”.

Veteran actor John Cusack tweeted, “This only ends with impeachment – and people in the streets.” “THIS IS REAL & is HAPPENING IN THE UNITED STATES OF AMERICA,” singer Janelle Monae wrote on the microblogging site.

In a reference to the critically-acclaimed dystopian drama The Handmaid’s Tale, singer-songwriter Lizzo said Gilead is here. “The Handmaid’s Tale started. It’s sh*t like this and we gon look up and be enslaved again y’all – stay vigilant because this is terrifying (sic),” she tweeted

The abortion ban is set to go into effect in six months, but is expected to face a lawsuit to block it from halting abortion access. The legislation Alabama senators passed Tuesday would make performing an abortion at any stage of pregnancy a felony punishable by 10 to 99 years or life in prison for the provider. The only exception would be when the woman’s health is at serious risk. Women seeking or undergoing abortions wouldn’t be punished. Kentucky, Mississippi, Ohio and Georgia recently approved bans on abortion once a fetal heartbeat is detected, which can occur in about the sixth week of pregnancy. The Alabama bill goes further by seeking to ban abortion outright. Abortion rights advocates vowed swift legal action.