After two years in development, eight rounds of prototyping, and many, many test-drives by his CEO and other women on his team, Joseph Altuzarra is launching a new bag on his e-commerce site.

The Play bag, as he has named it, bears little resemblance to Altuzarra’s earliest creations, which were ladylike and posh despite their macramé handles and tasseled fringe. (He launched handbags in 2015.) This new hobo style replaces structure with softness, yet it retains the “sensual allure” the designer sees as the heart of his label with a series of adjustable buckles and straps. “There’s something a little bondage-y about it,” Altuzarra says approvingly. “But also, what I really wanted with this bag – and it’s a philosophy going forward with all of our accessories is I wanted the bag to feel like the clothes. We make clothes that you can wear every day that aren’t stiff or hindering or restricting. That’s a big part of what I cherish about the process we have with the clothing, and I wanted that spirit in the bag.”

Indeed, one of the Play bag’s biggest selling points is its versatility. Thanks to all those buckles and straps, it can be worn cross-body, over the shoulder, or in the hand. “Women are looking for a bag that can do a lot for them – transition from day to evening and weekday to weekend, and one that’s a little casual but can also look dressy,” says Altuzarra. “Trying to solve a lot of problems: That has been a fun challenge.” 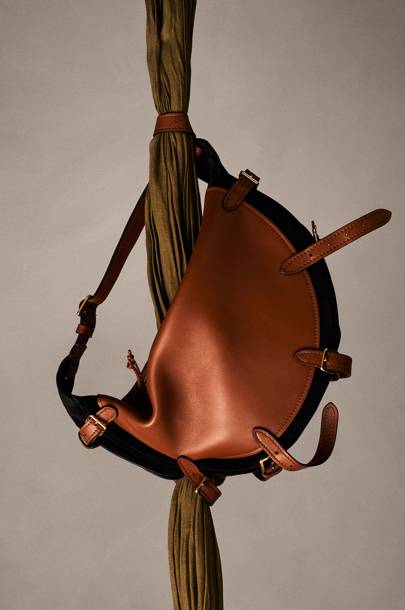 High street crisis: which big names closed stores in the past year? | Business

Gym Bag Essentials: 20+ Must-HaveProducts That Will Make You WantTo Workout